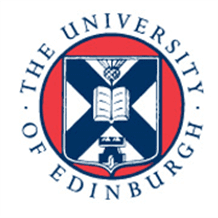 The University of Edinburgh will offer three scholarships to students from Tanzania for postgraduate Master’s study in any subject offered by the University for the 2013-2014 academic session.

The Julius Nyerere Master’s Scholarships will cover the full overseas tuition fee, living costs of £10,000, and a return flight from Tanzania to the UK.

The scholarships will be tenable for one academic year. In addition to their studies, the successful applicants will each be expected to participate in Swahili language conversation tutorials. This will amount to no more than 20 hours for each scholar per semester.

The scholarships will be awarded to Tanzanian citizens who are normally resident in Tanzania, and who are accepted for admission on a full-time basis for a postgraduate Master’s programme of study at the University of Edinburgh. Applicants who already hold a degree from outside Tanzania will not be considered.

Applicants should already have been offered a place at the University of Edinburgh and should have firmly accepted that offer or be intending to do so.

The three Scholarships are awarded broadly on the basis of academic merit, with candidates requiring a Bachelors degree equivalent to a UK First Class Honours (‘First’) or Upper Division/Upper Second Class Honours (‘2:1’) degree.

N.B. The Julius Nyerere Master’s Scholarships are highly competitive and only the best candidates are considered. Prospective applicants should note that, to date, in almost all cases successful candidates for the Scholarships have held a First Class Honours degree. Applicants with a 2:1 Honours degree will be considered if they can show a very strong track record of work experience relevant to their prospective degree.

The closing date for applications for these scholarships is 1 April 2013.

In Section 3b – “Personal Statement Continued”, applicants should write an additional statement: To help identify the very best candidates, this year the committee asks that applicants write between 500 and 800 of words that completes the following: Julius Nyerere would advocate for the University of Edinburgh to offer a basic Swahili language course because…

Without this statement, your application will not be considered.

Please note that you will not be able to access the online application form unless you have applied for admission to the University of Edinburgh and have full EASE authentication.

A Selection Committee will meet in mid May 2013 to select the scholarship holder. The winners of the scholarships will be announced in late May 2013.