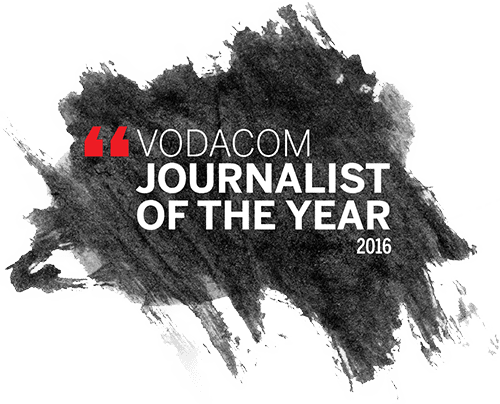 The Vodacom Journalist of the Year Awards seek to recognise and reward distinction among South African journalists for their relentless curiosity, accuracy in sharing information with the aim of getting society to think, initiate action and create awareness of topical issues and matters of interest. The Vodacom Journalist of the Year Awards has grown in stature and has become the much sought after career acknowledgement for journalists today with attractive prizes as well.

The competition evaluates the media entries for top talent throughout South Africa, where there are regional awards which then culminate in a national event. Regional winners in all categories will win R5 000 then move on to compete in the National Awards in November. National winners in each category receive R10 000 and the overall national winner of the Vodacom Journalist of the Year will win a handsome prize of R100 000.

The 12 categories are as follows:

The overall Journalist of the Year Award will be given to one of the 11 national category winners (i.e. excluding Young Journalist).

The Vodacom Awards has a proud history of honouring excellence in journalism across a range of categories and has celebrated some of South Africa’s finest reporters and most newsworthy stories.