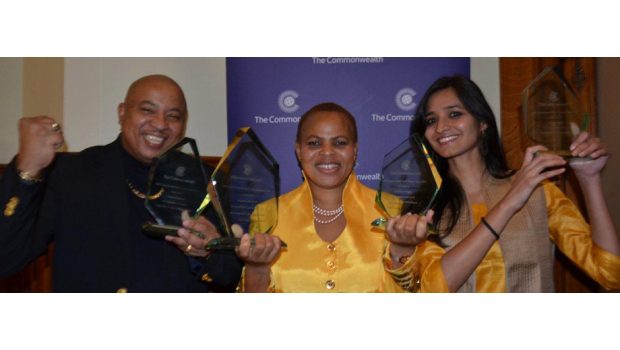 Three outstanding youth workers were  honoured at the Commonwealth Youth Worker Awards 2014 for their dedication to improving young lives and their positive contributions to society.

The awards were presented to winners from Africa, Asia and the Caribbean at a ceremony hosted at the UK Houses of Parliament, in London. The awards are held annually during Youth Work Week, which is celebrated across the 53 nations of the Commonwealth.

The recipient of the overall Commonwealth Youth Worker of the Year 2014 award is Dr Bernice Hlagala, a senior policy analyst responsible for youth development in the Presidency of South Africa. She is also Regional Winner for Africa.

Presenting the awards, Commonwealth Secretary-General Kamalesh Sharma said: “The Commonwealth has long championed the important work of youth workers and their contribution to the prospects and development of young people and their nations, as well as to advancing youth work as a professional and respected field.

“The Commonwealth Youth Worker Awards give recognition to outstanding individuals within this profession and we are delighted, for the third year running, to have very worthy winners.”