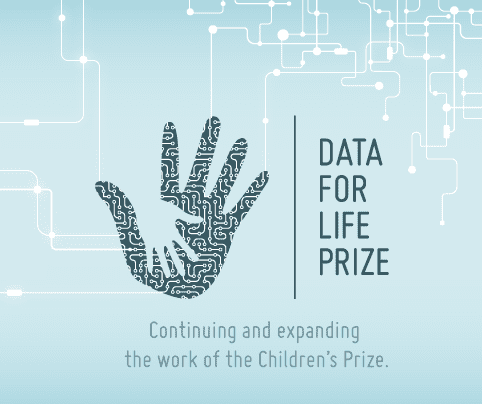 Recognizing that nearly 18,000 children under five die from preventable causes every day, the Children’s Prize works outside of traditional channels of foreign aid and philanthropy to uncover and fund the most impactful, credible, and cost-effective action plans for reducing child mortality.

By leveraging the power of new media, the Children’s Prize allows individuals and organizations of any size or type from anywhere in the world to compete on a level playing field. The inaugural Children’s Prize, named after the Caplow family in honor of their newborn triplets, was a $1 million grant won last year by Dr. Anita Zaidi, a Pakistani physician working to sharply reduce some of the world’s highest rates of neonatal mortality, found in the impoverished suburbs of Karachi.

The Children’s Prize was founded by Ted Caplow, an engineer and social enterprise entrepreneur with a record of developing groundbreaking projects focused on renewable energy, water conservation, and sustainable agriculture.

Reflecting that many humanitarian organizations fighting child mortality lack the means to quantitatively assess the impact of their work. The Data for Life prize invites applicants to submit a successful but under-recognized life-saving intervention for children under five that deserves more rigorous study. Two winners will receive $50,000 each to fund meticulous, independent, year-long field studies of their chosen intervention.

Nearly 7 million children under the age of five dying every year, and there is a scarcity of data to tell us which interventions save the most lives.

Propose a successful but under-recognized life-saving intervention for children under five that deserves more rigorous study.Design a scientific study with a budget of $50,000 that will validate a previously unproven but highly effective intervention to reduce child mortality, demonstrating the potential to save a large number of additional lives through scale up.

WHO CAN APPLY: Any person or organization worldwide that:
1) works with or for children
2) currently lacks the means to quantitatively assess the impact of their work
3) can propose a credible, independent, year-long field study of a chosen intervention
4) can propose a study with broad implications and is scalable, replicable, modular and discreet in design

Visit the Official Webpage of the  Caplow Children’s Prize

The Duke-UNICEF Innovation Accelerator Program 2021 for impact enterprises across Africa.

Between the Lines International Writing Program 2021 for young Aspiring Writers.