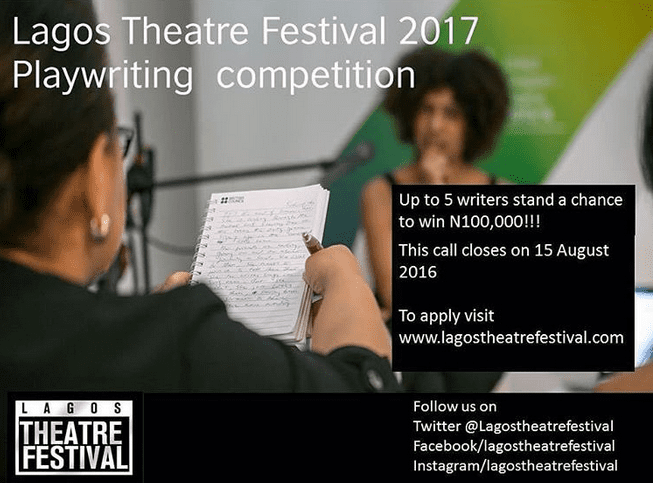 The British Council Annual Playwriting Competition is seeking submissions from playwrights for plays to be produced at the Lagos Theatre Festival 2017 with the theme ‘Rhythm of the City’.  Lagos Theatre Festival (LTF) is the largest performing arts festival in Nigeria and indeed West Africa. It was created to promote theatre in unconventional spaces. Through the festival, theatre makers and producers are supported to expand their practice beyond traditional theatre spaces by creating work that responds to any given space. LTF has commissioned 8 plays since 2014 through similar playwriting competitions.

In 2017, the Lagos Theatre Festival theme is ‘Rhythm of the City’ and the festival will run from Tuesday 28 February to 05 March 2017 in various venues around Lagos with two festival hubs, one each on the island and mainland.

The theme ‘Rhythm of the City’ was selected to capture through performance, the sounds of Lagos expressed in the comings and goings, the repetitive activities and the music of the city. We hope to see work created that reflects specific auditory perspectives like noises, rhythm, beats, language, etc. from a range of socio economic and geographic groupings across Lagos.