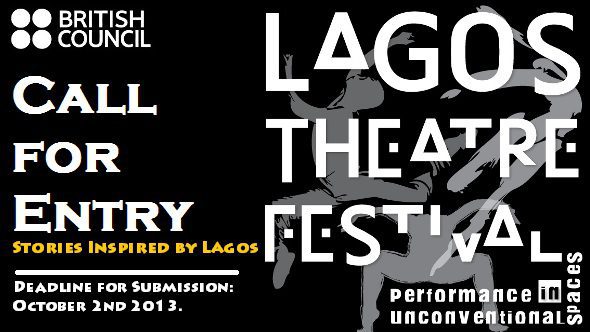 British Council Nigeria invites you to be part of creating a new world-class play by sharing your own story that is inspired by experiences in the city of Lagos. Four stories will be chosen and adapted into four plays which will be performed by both local and international theatre companies at the Lagos Theatre Festival 2014.

Receipt of stories will end on October 2nd 2013.

Winning Entries will be announced on the 14th of October 2013

Send your stories to the [email protected].