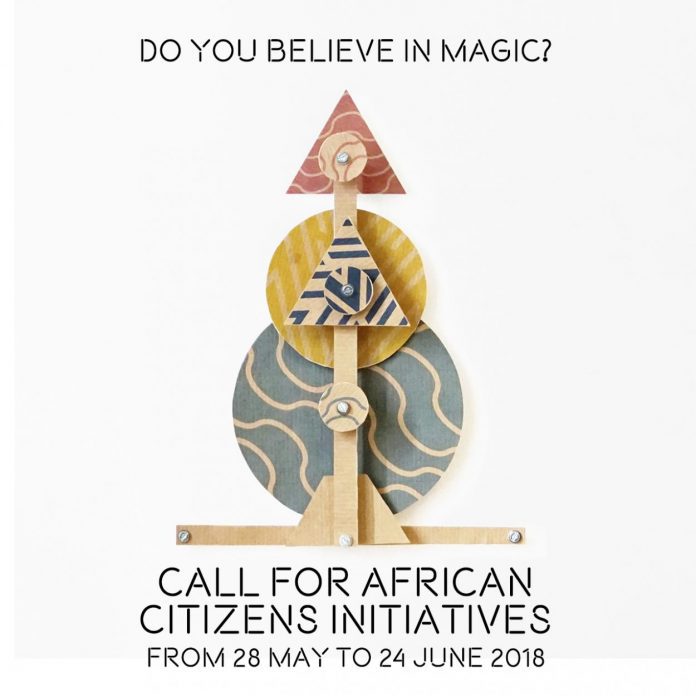 This call launches the third edition of Grigri Pixel, scheduled from 15 to 28 October in Madrid,
and which will focus on claiming the right to the city.
After a first phase in February-March 2016 in Medialab Prado, the experience moved to Dakar
during the fifth edition of the Afropixel festival. In October 2017, the second edition of Grigri Pixel was held in Medialab Prado (Madrid), in collaboration with the Espacio Vecinal of Arganzuela.
The initiative was also invited to Barcelona in 2017, where work took place in collusion with
HANGAR and the Taula Eix Pere IV – both entities are located in the neighbourhood of Poblenou.
In this third edition, objects and diverse actions will be designed, constructed and activated.
At the end of the workshop, they will also form part of a festive action by way of a pilgrimage
around the immediate vicinity of Medialab Prado. This action will be carried out in the Barrio de
las Letras (Literary Quarter), located in the historic and tourist centre of Madrid. Its aim will be
to conjure and re-enchant these spaces in which a model of the city is being increasingly
imposed that is far removed from the neighbourhood scale and from the needs of those
who live in them on a daily basis.
These objects that will be made in the form of charms or grigris, will incorporate and materialise experiences and visions brought to us by the African initiatives and those of local collaborators, while they will at the same time try to make visible and propose ways to living the city as a place of encounter and collective creativity. To do this, the work process carried out during the workshop will serve to recognize, pool and hybridise those protective forces,
know-hows and peripheral, neighbourhood and non-conventional knowledge, from both
the invited African experiences and from the local collaborators, with which we will invoke the
common luck brought on by the urban grigris that the groups have built.
Before the workshop takes place, there will be a mediation process with groups and local
experiences that will lay the foundation to open a space for collaborative dialogue, exploration
and analysis, together with the invited African initiatives, on those conditions, factors and actions that defend and promote the right to the city and places for creativity, and those others that hinder or threaten that right. This exercise of exchange and joint analysis of the transformations affecting the city and its places for creativity and encounters will provide the diagnosis and the conceptual basis on which to define the design and construction parameters that will guide the creation of the grigris during the workshop.
Requirements:
GRIGRI PIXEL MADRID 2018 will be developed through the following phases:
Phase 1: Call for African initiatives: 21 May to 24 June 2018.

The workshop will last for two weeks. The working sessions will be held at Medialab Prado from
4.30 to 8pm. In the mornings, the Medialab Prado space will be available for those participants
who want to work there. Throughout the workshop, several visits and parallel activities will be
scheduled.
TYPE OF INITIATIVES CAN APPLY?
What practices and experiences endeavour to recover common spaces in your city?
In what way, from the initiative to which you belong, are you trying to create spaces for creativity and encounters in your city?
WHAT COMMITMENTS MUST THE PARTICIPANTS MAKE?
The participants undertake to:
CONTACT

Visit the Official Webpage of the Grigri Pixel: Call for African Citizen Initiatives