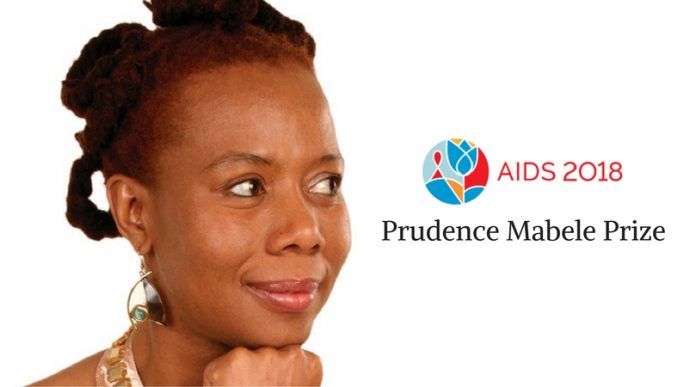 The Prudence Mabele Prize is a new endowment named in honour of the life and work of Prudence Mabele, a trailblazing activist for the rights of women and people living with HIV. She was the first black woman to publicly reveal her HIV-positive status in South Africa in 1992, a founding member of the Treatment Action Campaign and founder of the Positive Women’s Network.

The International AIDS Society (IAS) created the prize through an endowment from the Ford Foundation and the Open Society Foundations, and in partnership with the Positive Women’s Network of South Africa. The prize will be the largest monetary value ever awarded at an International AIDS Conference.

The selected honoree will be a woman or female-identified person whose work and personal commitment best embodies the values, spirit and activism of Prudence Mabele. They will be publicly honoured at a high-level session at the International AIDS Conference.

Consideration will be based on the following criteria:

Applicants who prefer to submit by postal mail or email can download a Word version of the submission form in English, French or Spanish.

For More Information:
Visit the Official Webpage of the IAS Prudence Mabele Prize 2018