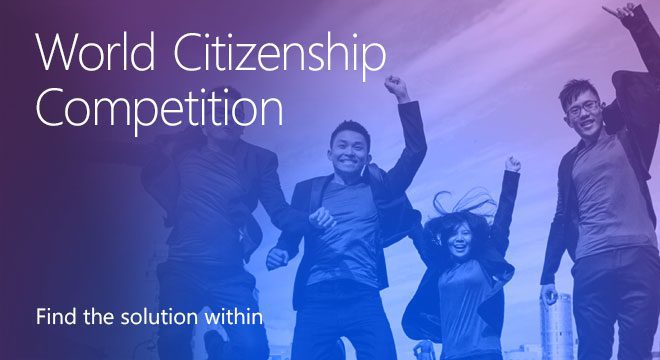 Microsoft Imagine Cup is the world’s premier student technology competition.Where everyone sees problems, you can find solutions. Since Imagine Cup started in 2003, students all over the world have teamed up to make the world a better place. By creating impressive new technology projects in fields such as health, education, and the environment these students have shown the world new ways to think and to change.

Build a project that could change lives – and change your own in the process, because the team you assemble to bring this vision to life will learn more and challenge themselves more than any of you can yet imagine. Become the change you want to see in the world.

Visit the Official Webpage of the Microsoft Imagine Cup 2014

Getting Started guide for step-by-step instructions that will take you through the whole registration process.