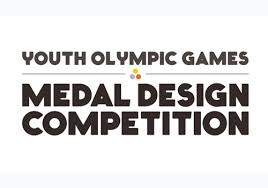 Submission Deadline: November 30 2013
Design the front side of the official medals for the Nanjing 2014 Youth Olympic Games and you could win a trip to the opening ceremony in China.

The International Olympic Committee is organising a contest to select the design for the obverse (front side) of the medal for the Nanjing 2014 Youth Olympic Games, which will be held in China from 16 to 28 August 2014 (hereafter the “Contest”).

Participation in this Contest is open to any individual who has Internet access and an E-mail address, regardless of their country of residence, to the exclusion of IOC and Nanjing Youth Olympic Games Organising Committee (NYOGOC) personnel, as well as all people who are directly or indirectly involved in the conception, carrying out or management of the Contest, particularly employees of third-party service providers, their affiliates and the company that will make the medals (hereafter the “Candidate”).

The Winner will receive the following prizes:

A souvenir set of medals for the Nanjing 2014 Youth Olympic Games made especially for the Winner.

Online promotion around the winning medal in relation to the Nanjing 2014 Youth Olympic Games.

A tablet or mobile phone.

The Runners-up will receive the following prizes:

A tablet or mobile phone