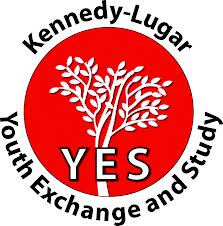 The Kennedy-Lugar Youth Exchange and Study (YES) Program was established by Congress in October, 2002 in response to the events of September 11, 2001.

The program is funded through the U.S. Department of State and sponsored by the Bureau of Educational & Cultural Affairs (ECA) to provide scholarships for high school students (15-17 years) from countries with significant Muslim populations to spend up to one academic year in the U.S. Students live with host families, attend high school, engage in activities to learn about American society and values, acquire leadership skills, and help educate Americans about their countries and cultures. YES Abroad was established to provide a similar experience for U.S. students (15-18 years) in selected YES countries beginning in 2009-10.

YES Abroad has sent students to the following countries:

BE A KENNEDY-LUGAR YES STUDENT

Scholarships for secondary school students to study abroad in the United States of America!
Select the country you will apply from to learn more!