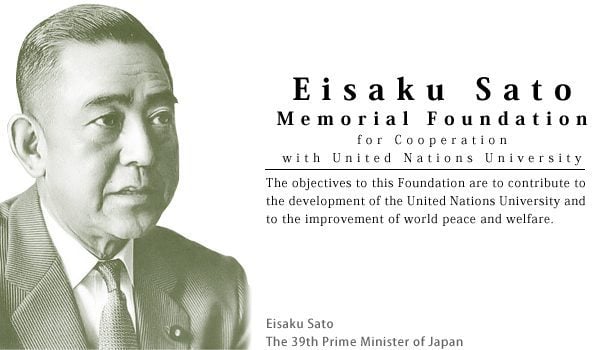 Submissions are now being accepted for the 31st Eisaku Sato Essay Contest. This international contest is open to anyone who has an interest in both the United Nations University and the designated contest topic. There are no restrictions as to age, nationality or profession.

The theme of the 2015 contest is: “Describe the current relationship between the USA and China with reference to their respective responsibilities and roles in international society. Discuss how the United Nations could work with these two superpowers in order to tackle global issues more effectively.”

The Eisaku Sato Essay Contest was inaugurated in 1980, and has been held annually since 1990. It is organized by the Eisaku Sato Memorial Foundation for Cooperation with the United Nations University, which was established by the late Eisaku Sato, former Prime Minister of Japan, with the monetary award that he received with his 1974 Nobel Peace Prize.

Submissions must be original and unpublished papers, and must include reference notes and a bibliography if other authors’ works are cited.

To enter the 2015 Eisaku Sato Essay Contest, please submit four copies of your essay along with a cover sheet listing your name, affiliation, age, gender, nationality, mailing address, and (if available) telephone/fax number and e-mail address, to:

Visit the Official Webpage of the Eisaku Sato Essay Contest 2015