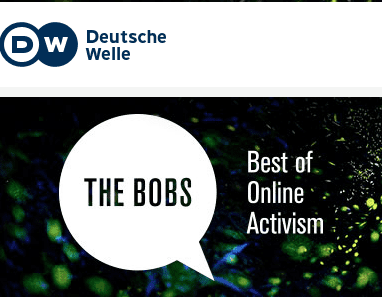 Since 2004, The Bobs awards honor bloggers, activists and journalists in 14 languages that champion the open exchange of ideas, freedom of expression and human rights on the Internet.

The Bobs are the only global, international award honoring creative and brave projects online that cross language and cultural barriers and thereby showcases the best of what the ever-expanding World Wide Web has to offer.

Submissions are open to anyone using the internet and don’t cost a single penny, but everything submitted to The Bobs has to be in one of the contest’s 14 languages (they’re Arabic, Bengali, Chinese, English, French, German, Hindi, Indonesian, Persian, Portuguese, Russian, Spanish, Turkish and Ukrainian).

Depending on the category, some factors will be given more weight than others. Content, added value, design and functionality will all come under discussion during the judging process.

Here are the bullet points the jury will use in making their evaluations: