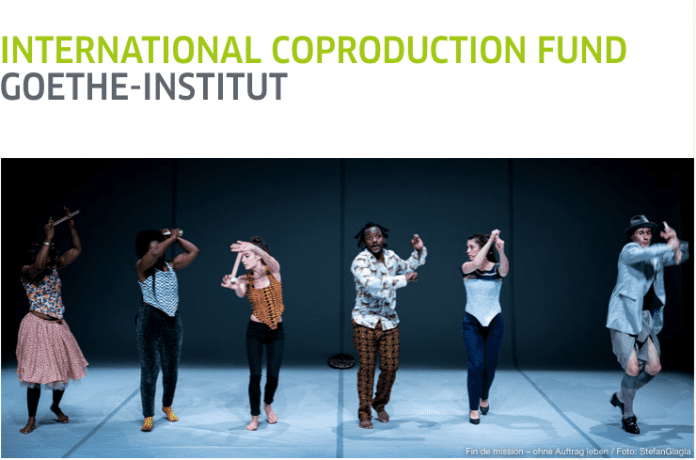 International coproductions epitomize a form of artistic collaboration involving partnership and dialogue. With a view to encouraging new collaborative working processes and innovative productions involving international cultural exchange, the Goethe-Institut set up a new coproduction fund in the summer of 2016 to promote new working networks and approaches within a global context and to explore new forms of intercultural collaboration.

This funding is intended for coproductions by artists in the fields of theatre, dance, music and performance art, in which hybrid and interdisciplinary formats and the use of digital media may be key components. The target group comprises professional artists and ensembles abroad and in Germany, which demonstrably lack sufficient resources to realize their coproduction project on their own.

With the International Coproduction Fund the Goethe-Institut would like to support the unrestricted international and intercultural exchange of artists and their ideas. The facilitation of such an exchange and the networking it spawns among the various players are equally as important as the productions resulting from the project.

The International Coproduction Fund promotes projects which are of a high artistic calibre and which have considerable public impact. The results of the collaborative efforts are to be presented in a professional setting in at least one country, though ideally both in Germany and abroad. An application should include a feasible financial plan which, in addition to third-party funding, should also show the substantial contributions of all the project partners involved.

The amount of funding requested should not exceed €25,000. The fund mainly provides support for travel expenses (including accommodation and catering costs).

Projects between German and non-European partners, in particular from transition countries, are preferred.