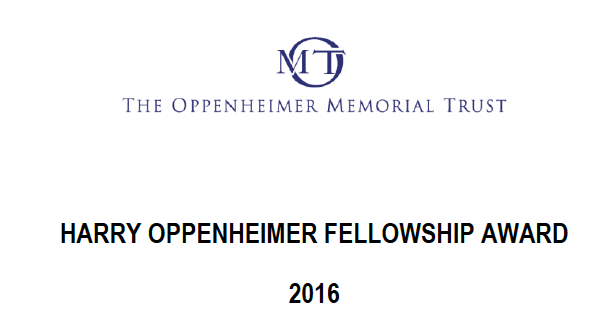 An Award that serves to reward excellence and exceptional scholarship in all its forms and which carries a monetary value of R1.5 million .

This Award focuses unambiguously on excellence and exceptional scholarship. It is granted to candidates of the highest calibre to enable them to undertake a programme of cutting edge, internationally significant work. The Award carries a monetary value of R1.5 million.
The Trust was established in 1958 by the late Mr Harry Oppenheimer in memory of his father, Sir Ernest, and has a long tradition of investing in education and related fields. The Harry Oppenheimer Fellowship was initiated by the Trustees some sixteen years ago and is the Trust’s most prestigious award.
The Guiding Principles

Criteria
The Trust will consider candidates who:

Written submissions must be supported by the following information: