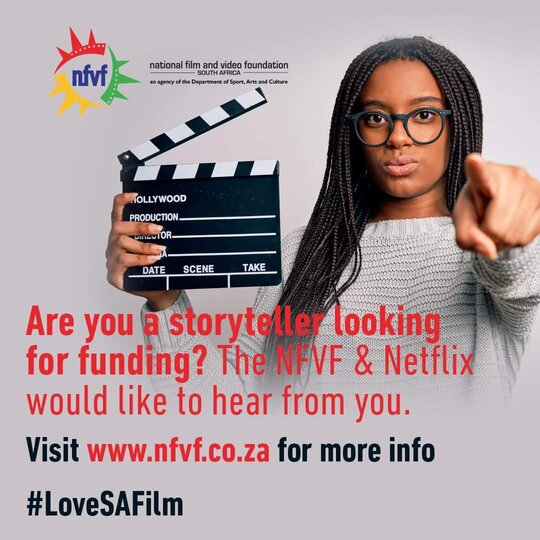 The National Film and Video Foundation (NFVF), an agency of the Department of Sport, Arts and Culture, is proud to announce its latest partnership. Netflix, the world’s leading streaming service with 204 million subscribers globally is joining forces with the NFVF in a partnership valued at R28 million to produce six South African feature films. The agreement will see both partners contributing R14 million each in support of the production of local films, which will include exclusive debuts on Netflix.

The funding for the films will alleviate the pressure filmmakers face to raise additional funding and boost recovery of the creative industry from the pandemic, whilst ensuring job creation.  All 6 films created from this fund will premiere on Netflix first.

The submission portal will go live on the 1st of April 2021.  We encourage all filmmakers in accordance with the eligibility criteria to apply by visiting https://nfvf.praxisgms.co.za/ from the 1st of April 2021.More details will be available at www.nfvf.co.za or @nfvfsa on all social media platforms.