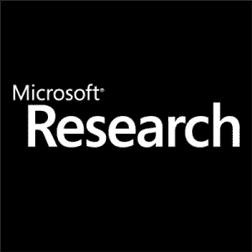 The Microsoft Research PhD Scholarship Programme in EMEA (Europe, Middle East, Africa) was launched in 2004 and has so far supported more than 200 PhD students across the region.

Each year by September, PhD supervisors from academic institutions in EMEA submit their proposals for collaborative research projects with Microsoft Research Cambridge. Applications are then peer reviewed and approximately 20 projects are selected for funding. PhD students are appointed to the selected projects and begin their research in the following academic year under the supervision of their academic supervisor, with co-supervision from a researcher at Microsoft Research Cambridge.

Only PhD supervisors should apply. If their project is selected, the supervisor has up to one year to find the best possible student for the project. We usually consider only one application per university department or per laboratory of a national research institution. Only applications from institutions in Europe, the Middle East, and Africa will be considered. For an application to be considered, the proposed research must be closely related to the research carried out at Microsoft Research in Cambridge. These research topics are:

A Microsoft researcher will be assigned to each project as co-supervisor.

Applications are on a competitive basis and we anticipate a high level of demand for scholarships (the average selection rate is approximately 20 percent).

Applications must be submitted by academic institutions, such as from a PhD supervisor or departmental secretary. We do not accept applications from students directly.

A two stage evaluation process will be implemented for all eligible applications.

Decisions are made solely at the discretion of Microsoft Research and all decisions are final.

Applicants (PhD supervisors) have up to one year (from the date of notification) to propose the best and most suitable student possible to carry out the proposed research project. The student should not have started working toward his or her PhD before September 2013.

After a student is identified, we request a CV and two strong letters of recommendation (in English and preferably not from the supervisor) from professors who are familiar with the student’s work. We may decide to interview the student by telephone.

During the course of their PhD, Scholars are invited to Microsoft Research in Cambridge for a PhD Summer School that includes a series of talks of academic interest and posters sessions, which provides the Scholars the opportunity to present their work to Microsoft researchers and a number of Cambridge academics.