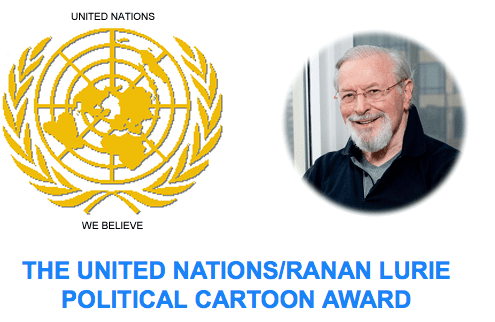 The UNITED NATIONS/RANAN LURIE POLITICAL CARTOON AWARD are granted for the best political cartoons reflecting the spirit and the principles of the United Nations.

To be awarded in the presence of the Secretary-General of the United Nations,  The Honorable Ban Ki-moon

Entries must be submitted in writing and addressed to