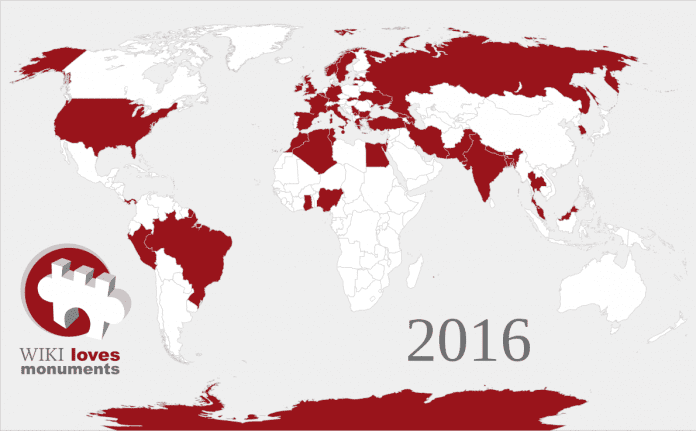 Wiki Loves Monuments is an international photo contest for monuments, organized by Wikimedia this September. Wikimedia is the movement behind Wikipedia, the free encyclopedia – a global collaboration authored by volunteers.

Cultural heritage is an important part of the knowledge Wikipedia collects and disseminates. Everybody can contribute images as well as write articles. An image is worth a thousand words, in every language at once and local enthusiasts can (re)discover the cultural, historical, or scientific significance of their neighbourhood.

In 2012, Wikipedia volunteer communities in 35 countries have joined this initiative, and also in 2013 volunteers are enthusiastically paving the way to make participation easy for others. In nearly 40 countries all over the world, a national contest will be organized with their national monuments, partners, rules, events and winners.

There are a few rules for photos to participate in the international contest. Most of these rules are also adopted as rules for participation on a national level. Every submission should be:

Next to that, there are a few practical rules:

The national juries will nominate photos for the international contest, which has its own jury and awards.

There are five prizes available for the international contest:

The top 5 winners of the international contest will be asked to give their preference regarding the prizes.

On top of the general prizes, this year we also have one special category prize: