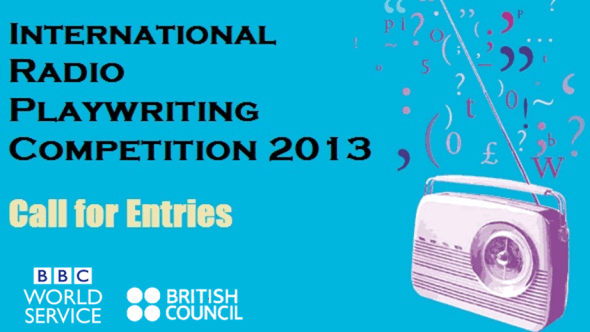 The BBC World Service International Radio Playwriting Competition offers a unique opportunity for writers from all around the globe to use the immense power of radio drama to tell the stories that matter to a world audience.

BBC World Service and British Council run the competition in partnership with Commonwealth Writers. Now in its 24th year, the International Radio Playwriting Competition is expanding to include an additional prize, the Georgi Markov award (1929-1978), in honour of the writer, broadcaster and World Service journalist. The new award is being presented in collaboration with new co-producers The Open University and honours the script from the shortlist which shows most promise.

The competition has two first prizes – one for writers with English as a first language and one for writers with English as a second language. The winners of both awards will have their plays broadcast on BBC World Service. Their prize includes a trip to London to watch their plays being recorded, attendance at an award ceremony and £2,000. The winner of the new Georgi Markov prize will also come to London to be at this award ceremony and spend two weeks with BBC Radio Drama and BBC World Service.

The playwriting competition welcomes scripts from anyone outside the UK, whether established or new writers. The dramas need to be 53 minutes long, but can be on any subject.

To submit a script is free.

The closing date for entries is midnight GMT 31 January 2014.

If your play is a winner, here’s what happens next…

English as a First Language Winner

£2000 sterling will be given for the overall winning playwright of the best play written with English as a first language and a trip to London to see the play being recorded for broadcast on the BBC World Service and to attend a prize-giving evening.

English as a Second Language Winner

£2000 sterling will be given for the overall winning playwright of the best play written with English as a second language and a trip to London to see the play being recorded for broadcast on the BBC World Service and to attend a prize-giving evening.

In memory of the writer, BBC World Service journalist and broadcaster Georgi Markov (1929-1978), who championed freedom of creative expression, this is an additional prize in this year’s International Radio Playwriting Competition, for the writer of the script identified by the judges as showing most promise. The script will be selected from the International Radio Playwriting Competition shortlist and will be an entry which, whilst not deemed ready for broadcast in its current form, shows outstanding potential.

The prize includes a standard return flight to London, with 2 weeks’ accommodation, – a week of which will be spent with the BBC’s London Radio Drama department and a week with BBC World Service. These 2 weeks will coincide with the making of the winning plays from the International Radio Playwriting Competition and the winner of the Georgi Markov prize will attend the a prize-giving ceremony and receive recognition at the same time.

The prize has been established by the BBC World Service and its Writer in Residence and the Open University, in association with Annabel and Sasha Markova

A 53 minute radio play, synopsis of no more than 400 words, and completed entry form.

The closing date for entries is midnight GMT 31 January 2014

Send your play, synopsis and entry form either

 by email to: [email protected]

Please note that we are unable to enter into any correspondence, but all information regarding the International Playwriting Competition may be found here on our website.

The competition is only available to writers living outside the UK.

Further details on the competition, including how to enter, are online at bbcworldservice.com/radioplay.