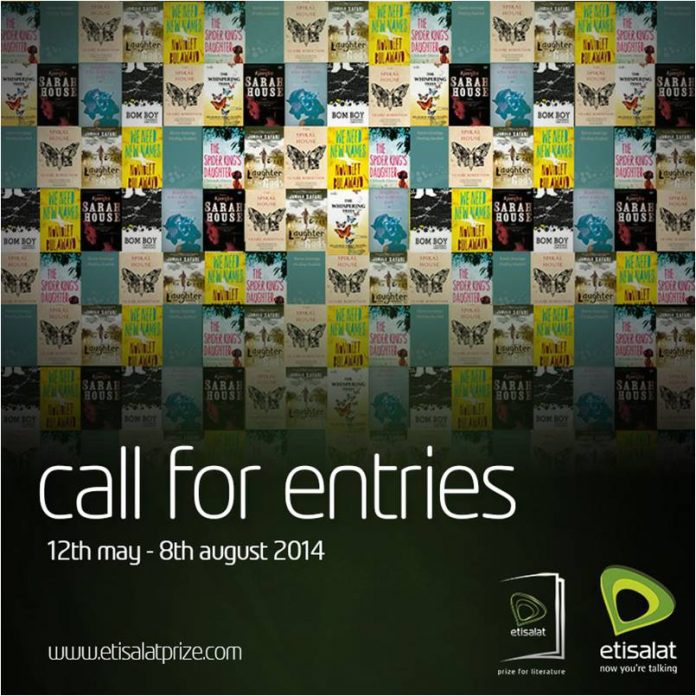 The Etisalat Prize for Literature which is the first Pan African Literary Award to celebrate African fiction writers seeks to recognise, celebrate and reward debut fiction writers of African descent whose works are published in the last 24 months.

The Etisalat Prize for Literature is the first ever pan-African prize to applaud first time writers of published fiction. The Etisalat Prize was founded in June 2013 and has a board of patrons which include some of Africa’s finest intellectuals. Submitted works must be the writer’s first fiction book of over 30,000 words and published within the last twenty-four months. The winner of the prize receives £15,000 and attends the Etisalat Fellowship at the prestigious University of East Anglia.

The Etisalat Prize for Literature serves as a platform for the discovery of new creative writing talent out of the African continent and is the first prize with the novel concept of also promoting the growing publishing industry in Africa. The winner receives a cash prize of £15,000 in addition to a fellowship at the prestigious University of East Anglia. The winner and shortlisted writers receive a sponsored two city tour promoting their books.

Visit the Official Webpage of the Etisalat Prize for Literature