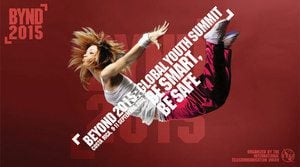 Have you watched a video clip about internet safety and thought, “Hmm I can do better”? Here’s your chance.

What?
We need you help to raise awareness among young people about internet safety. To do this you need to get creative and tell us your idea for a 30 second animated video that will get young people to pay attention and think about their safety as they surf the web.

We are asking you to come up with the IDEA (concept) for the video – and not the video itself.

You can capture your idea by writing it down or through film, photo,drawing, oreven song. We’re looking for creativity and originality– an idea that will catch the attention of those who see it.

Why?
One concept will be selected by a panel of judges from UNICEF, ITU and MasterCard.

The video will be promoted on UNICEF Voices of Youth and ITU Child Online Protection website and social media channels. We’re also going to use the winning video as part of our campaigns on internet safety.

When?
All concepts need to be submitted by Monday 16 September. The winner will be announced on Monday 30 September .

concepts will be judged on the following criteria:
•Originality
•Clarity (your concept should be easy to understand)
• Suitability for a youth audience (make sure your concept is aimed at young people )

HOW TO SUBMIT A VIDEO
Once you have recorded a video, you can post it on the BYND2015 Google+ community under the tab “Be Smart Be Safe Video Competition”. Therefore, it is necessary to create a Google + account before posting your video.
For More Information:
Visit the ITU/UNICEF Internet Safety Video Competition
http://www.voicesofyouth.org/en/posts/competition–be-the-brain-behind-the-next-voy-citizens-video