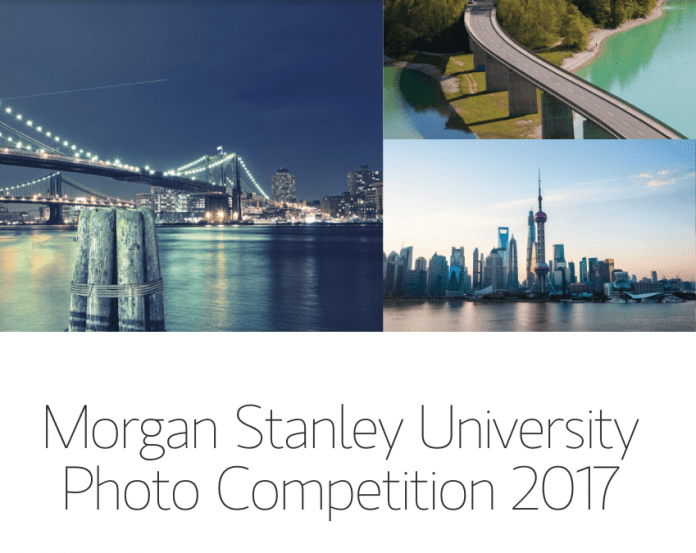 Application Deadline: February 19, 2017
Each year, students show Morgan Stanley what the world looks like through their eyes in our annual photo competition. This year’s theme, Places and Spaces, focuses on the various places and spaces where you live, work and travel to.

You are encouraged to submit photos of Places and Spaces; moments in your lives, your travels and your imagination.

Morgan Stanley encourage you to submit up to two photographs that illustrate Places and Spaces that you have encountered. After all photos are submitted, our panel of judges will narrow-down all submissions to five entries from each region – Asia Pacific, Europe, Middle East & Africa and North America – based on the following criteria:

You can submit your photo by emailing [email protected], attaching your photo and specifying the following:

In order to be eligible, all entrants must be studying at a university in Asia Pacific, Europe, Middle East & Africa and North America and the photo must come from a university email address. Students should be willing to provide evidence of their enrolment if short-listed.