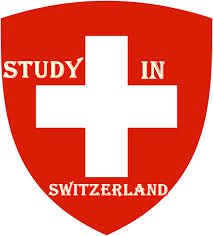 The Swiss government, through the Federal Commission for Scholarships for Foreign Students (FCS), awards various postgraduate scholarships to foreign scholars and researchers:

These scholarships provide graduates from all fields with the opportunity to pursue doctoral or postdoctoral research in Switzerland at one of the public funded university or recognised institution.

The scholarships are offered to international graduates from countries around the world, however not all of the countries are included in the scheme. Choose your country from the drop-down menu HERE and check which scholarships you are eligible to apply for

Applications are subject to preliminary selection by the relevant national authorities and/or the Swiss diplomatic representation. The short-listed applications are then assessed by the Federal Commission for Scholarships for Foreign Students (FCS) which subsequently takes the final decision.

The FCS is composed of professors from all Swiss public universities. Scholarship awards are decided on the basis of academic and scientific excellence.

Visit the Official Webpage of the Swiss Government Excellence Scholarships