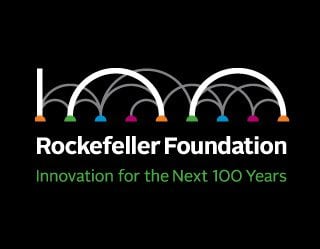 The Rockefeller Foundation is asking the global community to nominate innovators whose work is improving the lot of poor and vulnerable people. Three nominees will receive the Next Century Innovators Award, with one Award given based on your votes. Awardees may apply for a grant of up to $100,000 USD.

(a) persons age 18 or older at the time of entry

Nominations will be accepted from individuals age 18 or older (“Nominator”); by submitting a nomination, you represent that you are age 18 or older. Nominees that proactively engage youth (people under the age of 18) in the process of innovation (i.e., are not simply youth-focused, but rather work to surface or promote innovation by young people) will be eligible for a “Youth Award” (see below).
Nomination Procedure

Step 1: You submit your nomination of yourself or someone else.

Step 2: You and/or the nominee may be contacted by the Rockefeller Foundation for further information and documentation.

Step 3: Select nominees are featured on the Next Century Innovators site and in related social media content.

Step 4: Two Next Century Innovators Awards, including one youth award, are announced as the Rockefeller Foundation adjudicators’ selections.

Step 5: An additional three finalists are announced and put forth for your votes!

Step 6: The finalist with the most votes wins the third Next Century Innovator Award.

Selected Award Winners and Finalists will be required to participate in the 2013 Rockefeller Foundation Centennial Innovation Forum and Awards Dinner.