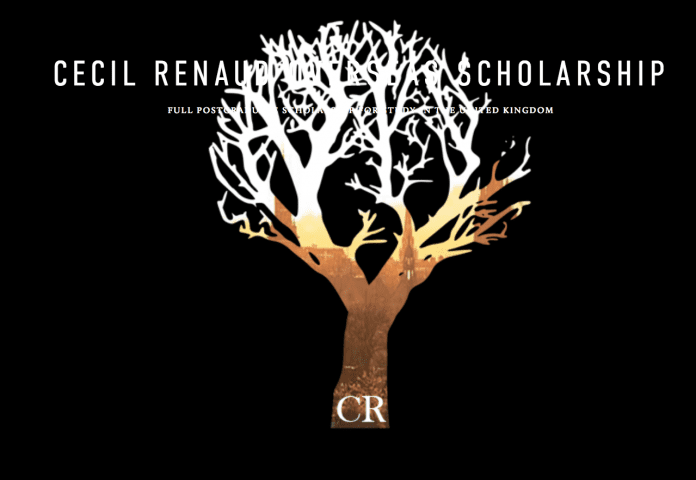 Dr Cecil Renaud, a well-known Durban Philanthropist, established The Cecil Renaud Educational and Charitable Trust in 1988. Dr Renaud passed away on 3 June 1993 and bequeathed the residue of his estate to the Trust. Shortly after the Trust became active, the trustees established the Overseas Scholarship.

The Overseas Scholarship, granted annually to one or two students, is awarded for a maximum of two years for post-graduate study (Masters degree (or equivalent) or PhD) in the United Kingdom at a university of the student’s choice.

Since 1994, we have awarded 26 scholarships to the best and brightest young South Africans. In past years students who have been awarded the Scholarship have attended, inter alia, the University of Cambridge, the University of Oxford and the University of London across a wide range of disciplines. This Scholarship is available only to students who completed their secondary schooling at any school in KwaZulu-Natal, and you must  be in your final year of a postgraduate honours degree, or four year undergraduate degree.

Visit the Official Webpage of the CECIL Renaud Overseas Scholarship 2019