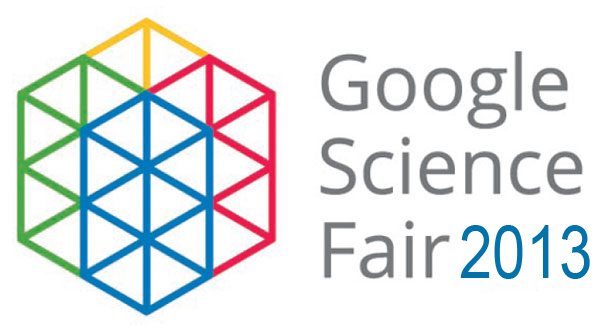 In partnership with CERN, the LEGO Group, National Geographic and Scientific American, Google is launching the 3rd annual Google Science Fair to find the next generation of scientists and engineers.

The Google science fair is inviting students ages 13-18 to participate in the largest online science competition and submit their ideas to change the world. To get started, all you’ll need is a Google Account.

For the past two years, thousands of students from more than 90 countries have submitted research projects that address some of the most challenging problems we face today. Previous winners tackled issues such as the early diagnosis of breast cancer, improving the experience of listening to music for people with hearing loss and cataloguing the ecosystem found in water. This year Google and partners hope to once again inspire scientific exploration among young people and receive even more entries for the third competition.

Prizes for the 2013 Science Fair include a $50,000 scholarship from Google, a trip to the Galapagos with National Geographic Expeditions, experiences at CERN, Google or the LEGO Group and digital access to the Scientific American archives for the winner’s school for a year. Scientific American will also award a $50,000 Science in Action prize to one project that makes a practical difference by addressing a social, environmental or health issue. Enter your name, age and country. If you’ve been invited to join a team, you need your team code.

Your parent or guardian must provide their consent in order for you to enter the Google Science Fair.

Fill in the project dashboard information. If you submit early, you can keep editing right up until the deadline on April 30th 2013

Time to submit your project

In June 2013, 90 regional finalists (30 from the Americas, 30 from Asia Pacific and 30 from Europe/Middle East/Africa) will be recognized.

Judges will then select the top 15 finalists, who will be flown to Google headquarters in Mountain View, California  for the live, final event on September 23, 2013.

At the finals, a panel of distinguished international judges consisting of renowned scientists and tech innovators will select top winners in each age category (13-14, 15-16, 17-18). One will be selected as the Grand Prize winner. Visit the Google Science Fair Webpage to get started and use your idea to change the world.

Africa Geographic Photographer of the Year 2021 – Call for Applications.