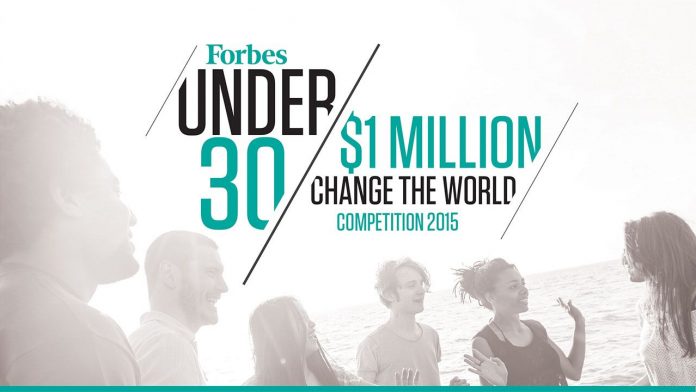 The Forbes Under 30 $1 Million Change the World Competition is the largest-ever competition for young social entrepreneurs, funding those disruptive and scalable ideas that address global challenges.

The competition calls on social entrepreneurs with disruptive and scalable ideas with the potential to change the world. It is open to both nonprofit and for-profit enterprises. This is not a business plan competition – organizations or companies must already be in operation and the prize money should be utilized to accelerate the most promising ideas.

The challenge will award a total of $1,000,000 USD in cash and in-kind prizes. The awards and/or investments will come from the following Sponsoring Organizations: The Charles and Lynn Schusterman Family Foundation, the Case Foundation, the Pratt Foundation, the Keywell Foundation and entrepreneur Bob Duggan, plus an in-kind advertising grant from Forbes.

The challenge is open to:

Visit the Official Webpage of the Forbes Under 30 $1 Million Change the World Competition for Young Social Entrepreneurs.