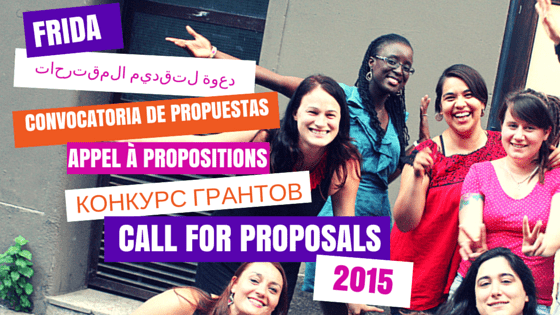 FRIDA | The Young Feminist Fund is the only youth-led fund focused exclusively on supporting global young feminist activism to advance social justice movements and agendas. FRIDA was created to bring new resources and new opportunities to young women and trans* youth globally. We believe that supporting young feminists is key to the expansion, rejuvenation and sustainability of women’s movements and organizations, both now and in the future.

The call for proposals intend to support up to 30 new young feminist groups led by young women and trans* youth under 30 years of age.

FRIDA uses the term ‘feminist’ broadly to refer to individuals working within women’s movements or in other social movements to promote and work towards the safety, equality, justice, rights and dignity of girls, women and other marginalized groups.

Priority will be given to:

Email your application to [email protected]

Fax/Mail your application to: